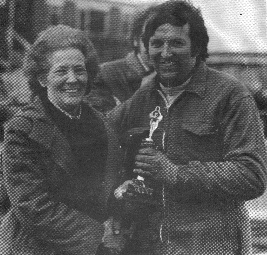 THE CAYZER BROTHERS, both at the top for more years than I care to remember, are currently the subject of some speculation following their offering both their Superstox for sale at a recent Wimbledon meeting. Rumour has it that they may be returning to the Formula One scene in the Midlands whilst I have heard it suggested that they may be selling up for this year and rebuilding for 1979. Certainly Alan was not too keen to divulge any secrets when I enquired of the situation so it may be that by the time this appears in print their intention for next year will be known. I would think a total retirement would be premature although everyone is entitled to a rest. 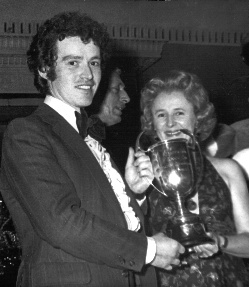 The Cayzer family, with Pop included, have always been a reliable outfit for appearances and always have competitive cars at their disposal - their Championships and points chart rating testify to this. Perhaps they could go into production of Superstox for I am sure they could make a profit out of that. Competition form them this years has been a little stiffer with the light cars now being raced and the racing tyre regulations. Costs are rising pretty steeply in this formula which is regrettable. It is still a stock car formula and I fear some officials are drivers have lost sight of this fact. If the rumour of Formula One is correct is it because they want more action and aggro, something often missing in the Superstox these days, or is it for the bigger prize money being offered at some tracks? Whatever it is, I hope that the Saffron Walden farmers will again grace our circuits next year for they have a lot to offer and set standards which many would do well to copy. Incidentally, another East Anglian keeping a watchful eye on the 'big league' is Roger Warnes.